CSI is a great place for like-minded people, from different construction backgrounds, to gather and share their differences and similarities. Safety creates “a uniform” culture on the jobsite, and we all adhere to it, don’t we?

With so many potential safety items to discuss, the one that stands out as much as the hard hat, is the Safety Vest or High Visibility Clothing. To this day, I still see people walking around jobsites, wearing a hardhat but lacking any High Vis Clothing. 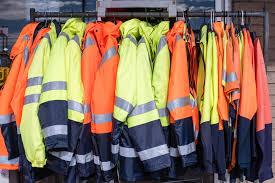 Historically, High Vis Clothing was invented, Post-Depression, by an American who had been injured on the job. His idea was noticed by the Military and used during WW2. In the 1960’s, in England, Railroad Workers incorporated the look into their routine to prevent “low visibility” accidents. It became official in the 1990’s, in the US, and today is just an accepted practice wherever visibility is an issue.

For those of us in the Construction Industry, whether you are in the Field all day, or you leave your desk for a jobsite visit, suit up to be seen. Our inconvenient meeting with a front end loader, concrete mixer or gravel truck, could be lethal.

Unlike “The King Who Had No Clothes”, let’s make it a point to “Be Seen” and not ignored. 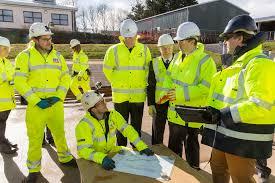