The 2019 CISO Summer Golf tournament was held on July 26th at the Heritage Country Club in Charlton. The tournament, which is held every year, benefits the Worcester County Chapter of the Construction Specifications Institute Scholarship Fund in memory of Michael G. Lapomardo Sr. & Edward M. ‘Ted’ Healy.

This year’s tournament had a very good turnout, which included 109 golfers. A great time was had by all. 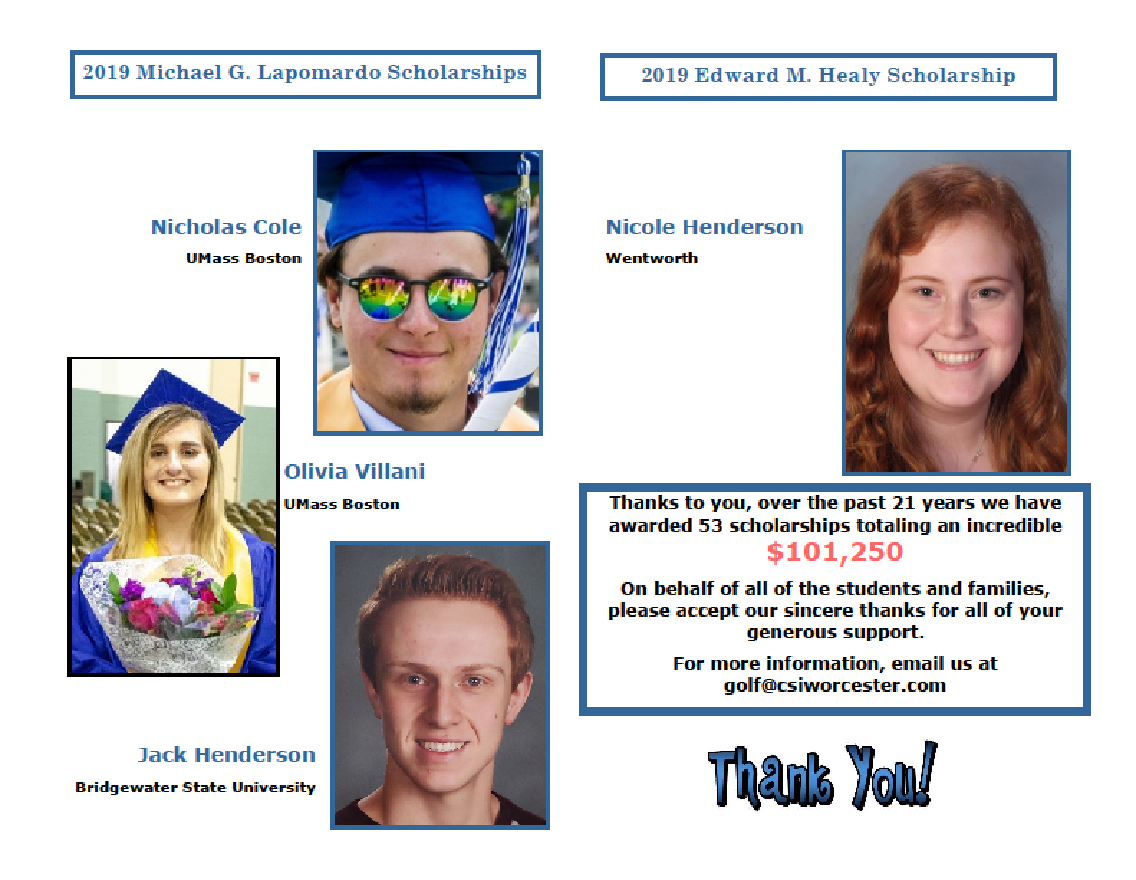