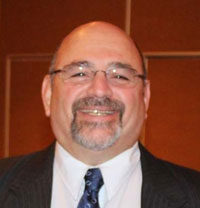 Mike has been a member of the Worcester County Chapter CSI since 1996 and is currently the Treasurer of the Chapter following in his father’s footsteps who as a Charter Member of the chapter was Treasurer for over 25 years. Mike has also served as President of the Chapter and as the Chapter representative to the Northeast Region CSI Board of Directors on two different occasions. In 2013 Mike was awarded the Northeast Region Distinguished Service award which is the highest award that the Region can bestow on a member.

Mike graduated from Shrewsbury High School in 1973 and went on to Northeastern University where he studied Civil Engineering until 1978. Upon leaving Northeastern Mike began working for Antonelli Construction Co, Inc. where he is currently the President. Antonelli Construction was started in 1950 by Mike’s two uncles and his dad. His dad took over the company in 1970 from the last of the Antonelli brothers and ran the company until his retirement in 1992 when Mike & his brother Mark took over as third generation operators. The company has enjoyed operational success throughout its 67 year history and enjoys a good reputation amongst a loyal customer base as well as professionals in the Architectural and Engineering community.

Outside of the construction industry Mike has been and still is very involved in the local theater scene. For the past 50 years Mike performed with many local Worcester area and Metro West theater groups. His favorite role over the years has been to play the leading character of Tevye in Fiddler On The Roof, which Mike has performed on six different occasions with various groups. Mike also enjoys singing Karaoke as well as being a Karaoke DJ. He has also been known to be called from the audience to sing with a local band or two. Mike and his wife also enjoy traveling the US and have been to many National Parks.